Sketches of a Lifetime


FROM A COLLECTION of sketch books ranging from his student days to the present time, the author, a retired architect, has culled drawings of every church of ancient foundation in Hampshire. In each case he accompanies an external view with a succinct description of the building itself – its architecture and the treasures to be found inside.
Many of the drawings serve now as a reminder of changes that have taken place, not so much in the churches themselves as in their surroundings. Population growth has meant that some have been engulfed in new housing estates, and inevitably lost their rural charm. Some have been greatly extended and provided with facilities for social use, of kinds that were never expected a century ago. Conversely, some have had to be abandoned, simply because there are no longer enough people around to look after them and pay for their upkeep. A few have disappeared altogether or, sadly, have been converted to secular uses. Some have had the better fortune of being taken under the wing of trustees such as the Churches Conservation Trust (once called the Friends of Friendless Churches).
In spite of all such changes the great majority of the dozens of buildings depicted remain essentially as they have been for centuries, and this book may tempt readers to explore and be welcomed in many of the less familiar corners of the county.

ANTHONY NEW has lived in Hampshire since retiring from practice as an architect specialising in church conservation and design. Author of several books on churches, cathedrals and abbeys, as well as on postage stamp design and collecting, he and his wife Elizabeth worked with the well-known firm of Seely and Paget, and have a daughter, a son and four grandchildren. He was for many years consultant architect to Derby Cathedral, to a number of City of London churches and to the Catholic Diocese of Northampton. 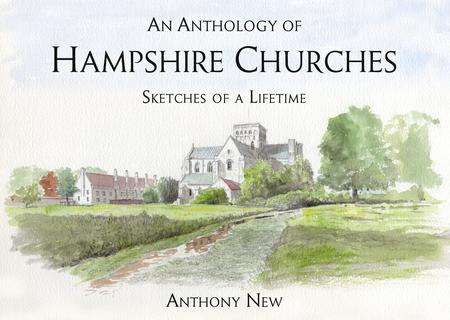 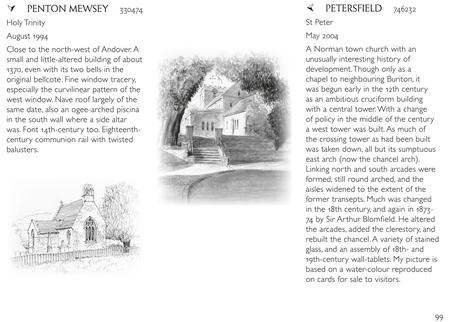 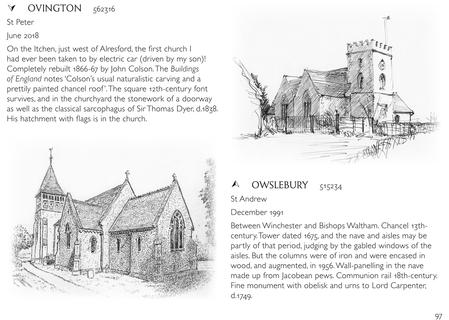 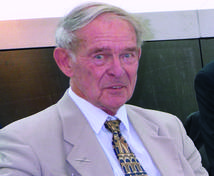