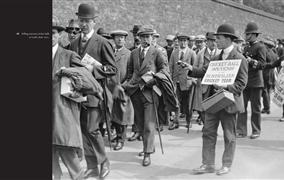 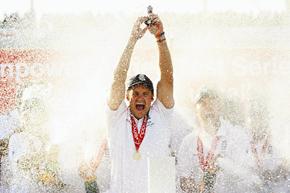 Lord's: A celebration in pictures

LORD’S Cricket Ground, known as Lord’s throughout the world, is universally referred to as the Home of Cricket. It is owned by Marylebone Cricket Club and is the headquarters of Middlesex County Cricket Club, the England and Wales Cricket Board, and the European Cricket Council. Cricket has been played on this, the third Lord’s Ground, for 200 years, the first match being between M.C.C. and Hertfordshire on 22nd June 1814. The oldest fixture to survive to the present day is the annual match between Eton and Harrow, which started at the original Lord’s Ground in 1805 and was first played on the present Ground in July 1818.

The Ground was developed through the 19th century, and now has a capacity of 28,500. Its centrepiece is the splendid  Victorian Pavilion, built by Thomas Verity in 1889-90, which houses the famous Long Room, “the most evocative four walls in world cricket” with paintings of great cricketers. In the dressing rooms are the Honours Boards, on which are recorded the names of those who have scored a century or taken five wickets in an innings during a Test Match at Lord’s.

To mark the Bicentenary of the present Ground in 2014, Andrew Strauss has compiled a visual record, based on the vast archive of Getty Images (including the acclaimed work of Patrick Eagar) and the photographic collections of M.C.C. Many of these pictures have rarely been seen before, and some have never been published until now. Together with contemporary images from the photographer, James Finlay, Andrew’s collection of photographs forms a magnificent pictorial celebration of Lord’s Ground over two centuries.

ANDREW STRAUSS, O.B.E. was born in South Africa in 1977. He moved to England when he was six years old, was educated at Radley College and Durham University, and joined the playing staff of Middlesex C.C.C. in 1998.

He made his Test debut in 2004, replacing the injured Michael Vaughan at Lord’s against New Zealand, and scored a century in his first innings. He was appointed England captain in 2008 and in 2009 won the Ashes Series 2-1, scoring 474 runs, more than any player on either side, and hitting 161 in England’s first victory in an Australia Test at Lord’s since 1934.

In 2011, by winning the series 3-1 in Australia, Andrew became only the third England captain (after Hutton and Brearley) to win Ashes Series at home and away. Under his leadership, England rose to become the best Test team in the world.

Over the nine years that Andrew played for England, he was one of the country’s most successful opening batsmen. He played 100 Tests, scored over 7,000 Test runs, and recorded 21 centuries. He also currently holds the record for the most catches by a fieldsman for England.

Andrew retired from first-class cricket in August 2012, immediately after England’s Test Match at Lord’s against South Africa. At his retirement Press Conference he received unprecedented applause from the assembled media.