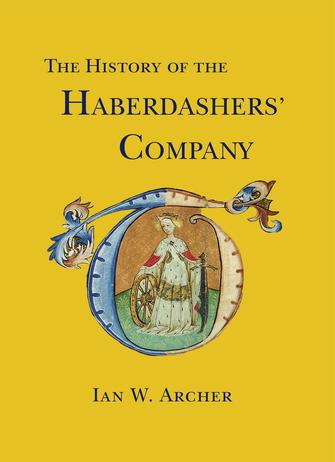 The History of the Haberdashers' Company

Dr Ian W. Archer has substantially rewritten his two previous contributions to the history of the Haberdashers’ Company, a general History written in 1991, and a supplementary account of the Company in the later 20th century written to coincide with the opening of the present Hall.  The revised version takes into account the considerable advances in scholarly research and understanding of the social,  economic and cultural history of the City of London, and draws upon previously unknown source material. A new edition also presents an opportunity for enriching the visual record of the Company’s history.

While not neglecting the institutional frameworks of City and national politics, this is very much a social history of the Company written from the point of view of its members. Who were they? What did they do for a living? How did they relate to the Company? Topics such as piety, sociability and welfare are given as much weight as craft conflicts and City politics. But this is not just a book about London; it also weaves into the Haberdasher story an account of relations between London and the provinces, understood through the lens of the management of the Company’s charities.

Dr IAN W. ARCHER has since 1991 been Fellow and Tutor in History at Keble College, Oxford. He has written widely on the social and political history of early modern London, and has contributed to a variety of digital projects including The Bibliography of British and Irish History and The Oxford Holinshed Project. In 2016 he was elected an Honorary Vice-President of the Royal Historical Society.